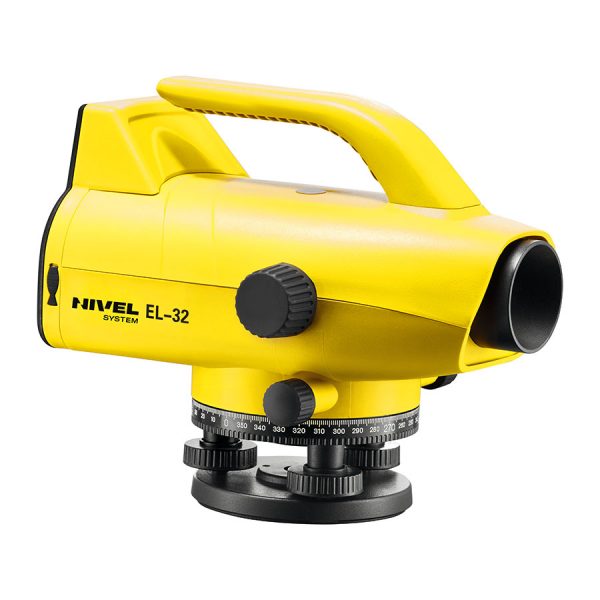 EL-32 Login to see prices
Back to products 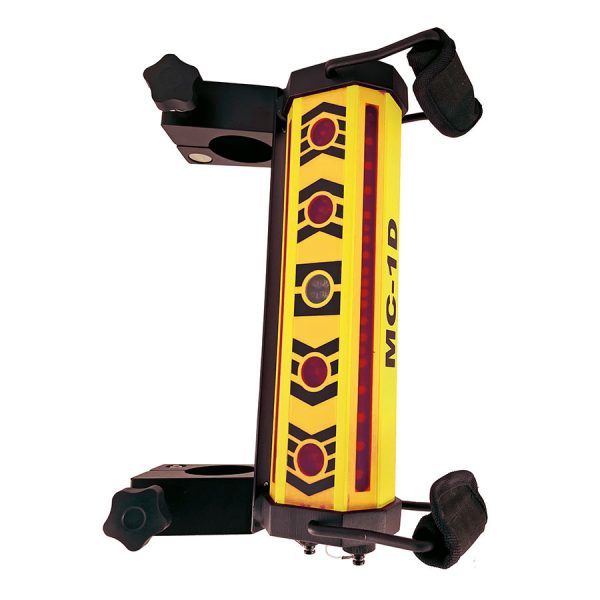 The MC-1D leveling system allows controling the height of the mechine’s working element, from the operator’s cabin. In this way, the operator has a constant view of the height of the mechine’s bucket or blade  in relation to the established reference line (determined by the rotating laser). By observing the indications on the machine sensor (or the display in the cabin), the operator obtains information whether he can still collect material / dig – whether it is already at the assumed depth, thus eliminating the over-digging.

The system consists of the laser sensor that receives a signal from the rotating laser. The system uses LED indicators, which inform the operator about the current height at which the working element ihas to be set (excavator’s bucket, dozer’s blade). This information will also appear on the cabin receiver (RD-1MC), which performs the functions on a display. The set is configured in this way, which allows quick and efficient execution of the earthworks and the need to control measurements.

Control the operation of the machine, works faster, more accurately and economically

There is the problem of leveling when performing earthworks with the machinery. Up to now the additional people (or surveying teams) were involved in this process. Traditional construction methods are often expensive, long-lasting and require specialization and high accuracy. Could it be simpler, more accurate and faster?

This process can be automated, simplified and shortened by using a laser technique that simplifies and speeds up the process at every stage. In this solution, the laser electronic sensor is installed on the excavator arm, that  controls the height and slope of the excavation. The result is more accurate and faster. The Nivel System MC-1D is a ready-made mobile set, that can be assembled with  no problem and can be carried by the machine operator immediately just before leveling and after the completion of the work can be placed into a transport case. The MC-1D laser sensor is attached to the machine with 2 strong magnets. The bright and legible LED display on the sensor informs the operator whether he should lower or raise the bucket at a given time. Additionally, the MC-1D has the option of transmitting a signal via a cable to the MC-RC1 receiver. Thus the display functions inform the operator about the current position of the bucket or the blade. This is important when the operating conditions prevent the operator from observing the MC-1D sensor. When the desired slope is set, the operator can implement it based on the sensor readings, without measurements, without recalculations and without the risk of the errors – and above all much faster!
The system works with the rotating laser with a red beam. The laser is set on the axis of the road, pitch and the square (on its outskirts), which allows you to determine the slope of plane without having to move the laser. The machine operator of the Nivel System lasers, can change the instruments settings remotely by using a remote control. The roadworks often consist of several stages, e.g. soil leveling, drainage, foundation layers / aggregate layers (of different fractions) and surface positioning. The Nivel System laser technology can be successfully used during all the stages. This makes it much easier to achieve the thickness of the individual aggregate fractions. The use of the MC-1D sensor on an excavator allows the operator to prepare the excavation with the highest accuracy. This system saves the time and money at all the stages of work. Specialized companies that used an optical level for the excavation spent much more time but after switching to the Nivel System laser technology, the operation time has been reduced by at least by half. The increased productivity is also seen in the reduction of the labor costs (shorter working time and savings on building material). This technology is available even for the smaller companies  due to the affordable cost.

How does the Nivel System MC-1D laser system work?

The rotating laser emits the laser beam invisible to the eye but it is received by the MC-1D sensor. The beam is spinning around a vertical axis aith a speed of several hundred rpm – creates the horizontal or the inclined plane (in one or two directions). This laser plane (which can be precisely set on the laser control panel) becomes the reference plane for the sensor installed on the machine. The operator (while digging) observes the indications of colored LEDs on the sensors. LEDs indicators show the current position of the bucket relative to the reference laser plane and give the simple messages: „move down the backet or the blade”, „move up the backet or the blade”, ” keep it on this level „. This information is also presented in the operator’s cabin via the Nivel System MC-RC1 display. 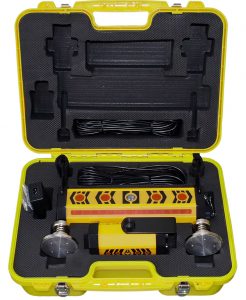 
Warning: preg_match() expects parameter 2 to be string, array given in /alt/home/webmaster.tpi1/www/nivelsystem.com/public_html/wp-includes/class-wp-block-parser.php on line 417

Warning: strlen() expects parameter 1 to be string, array given in /alt/home/webmaster.tpi1/www/nivelsystem.com/public_html/wp-includes/class-wp-block-parser.php on line 489