Ask about product
Compare
Add to clipboard
Send to friend 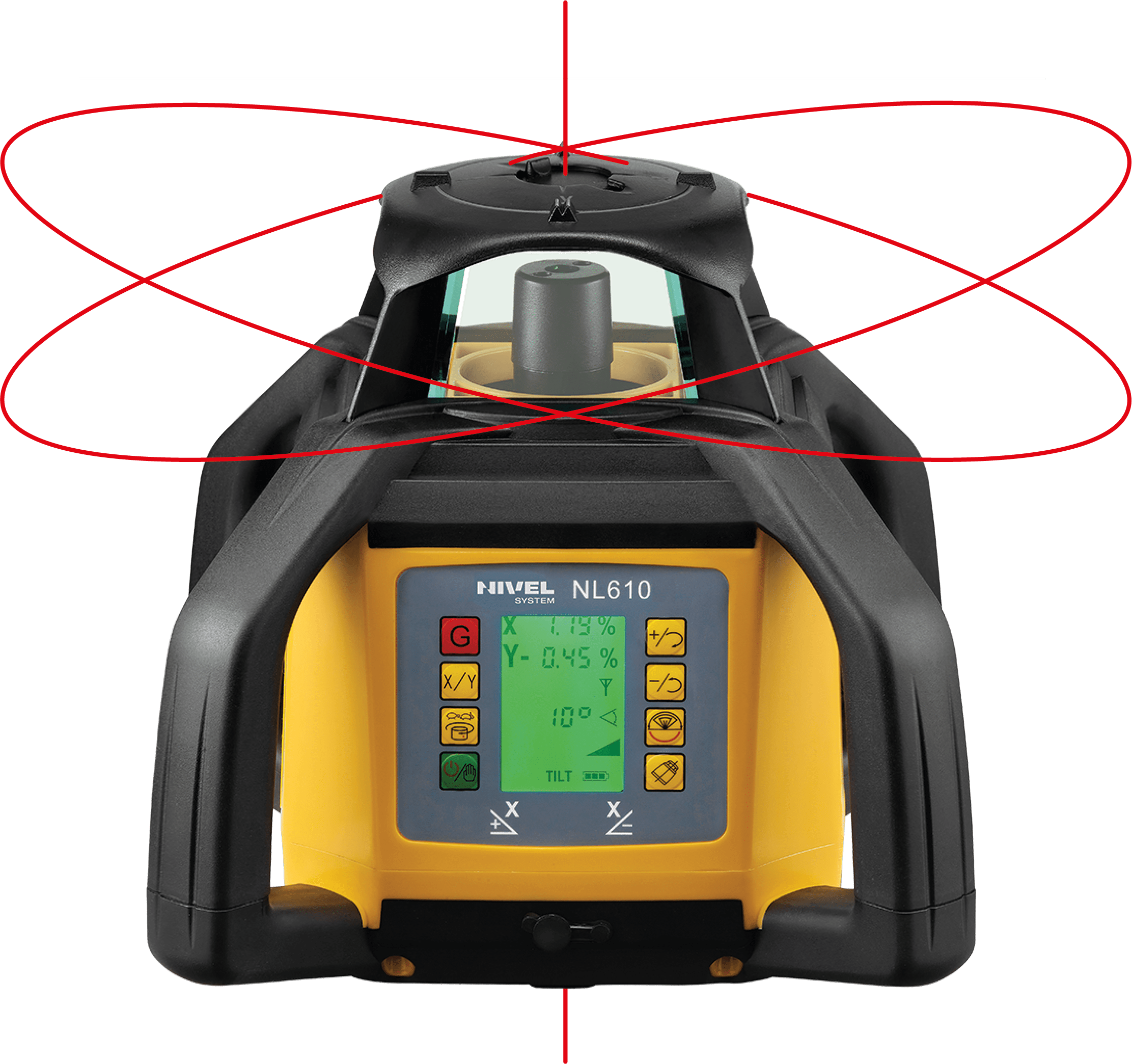 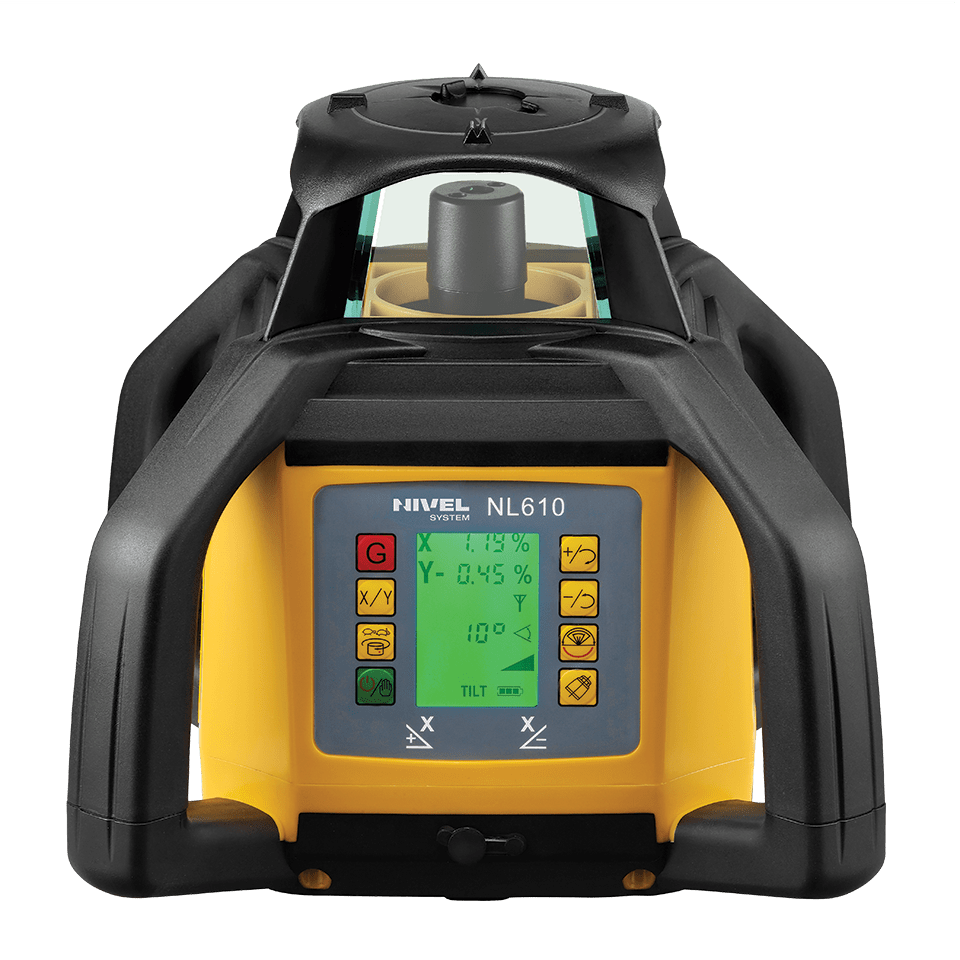 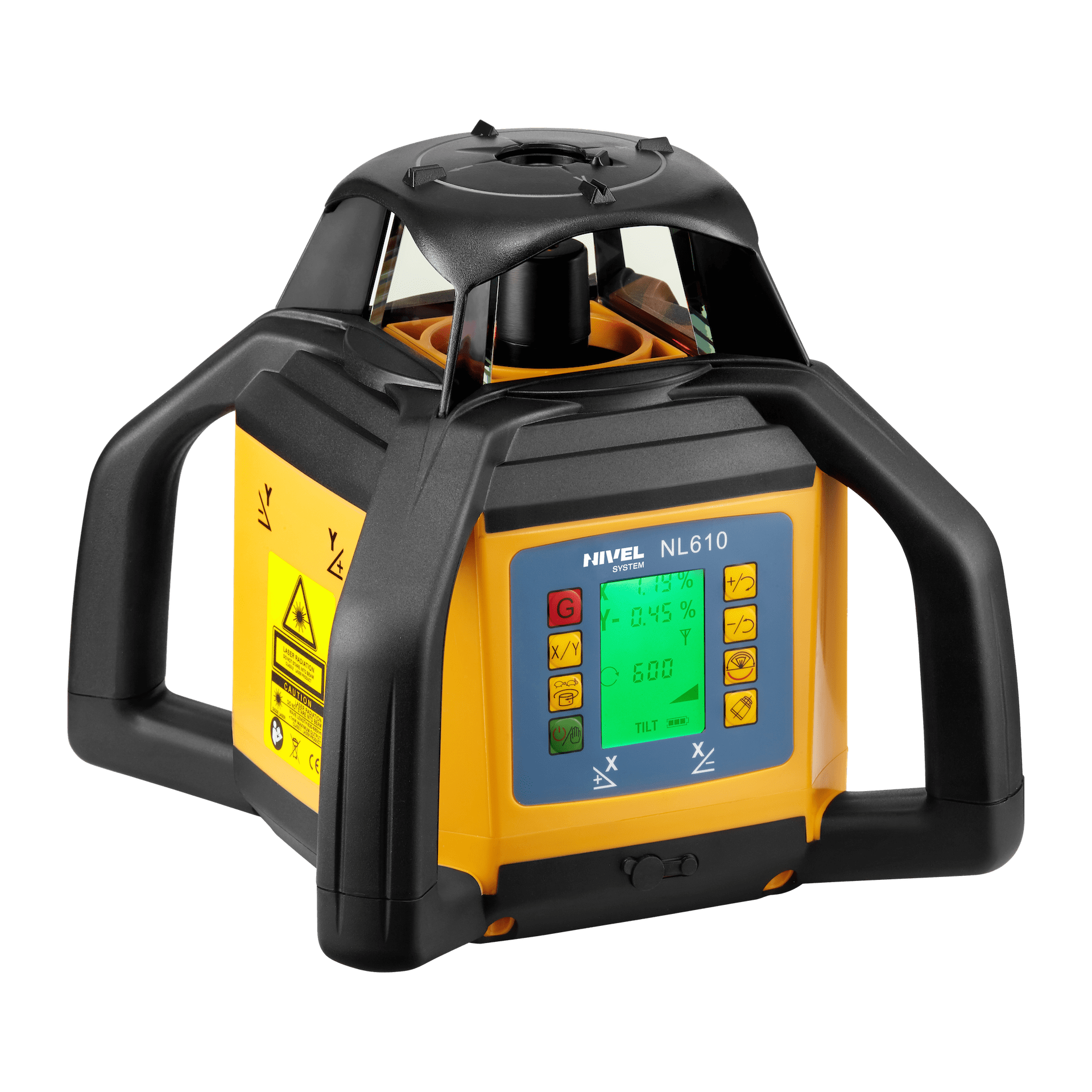 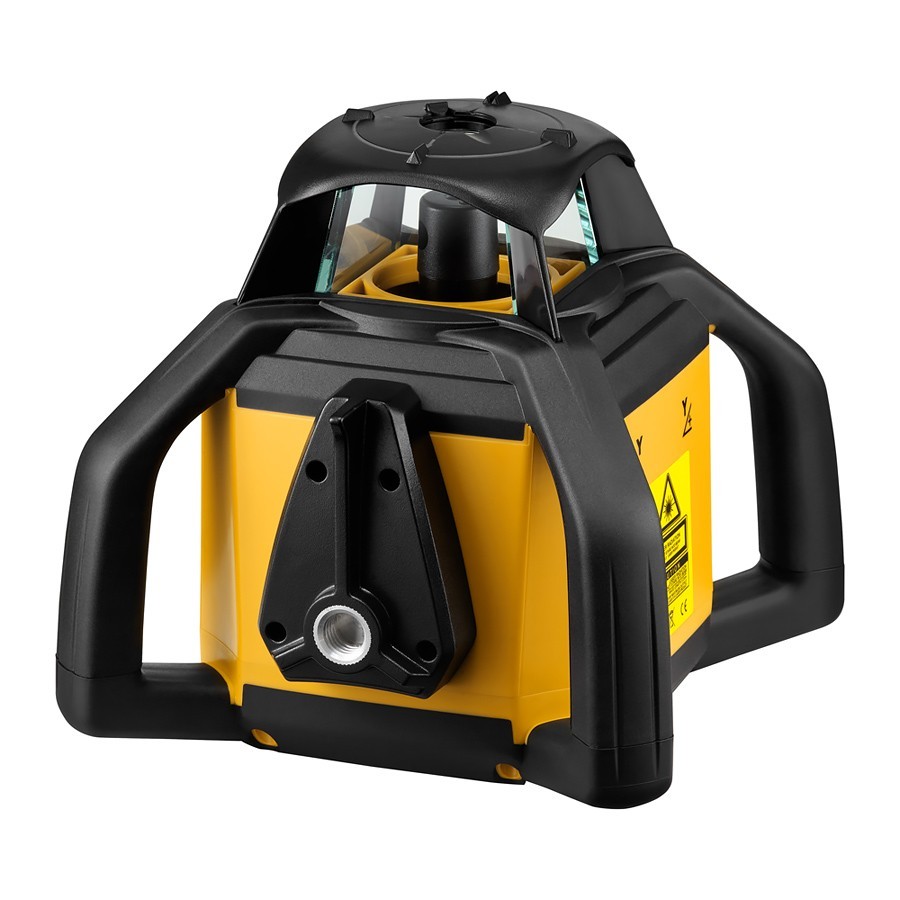 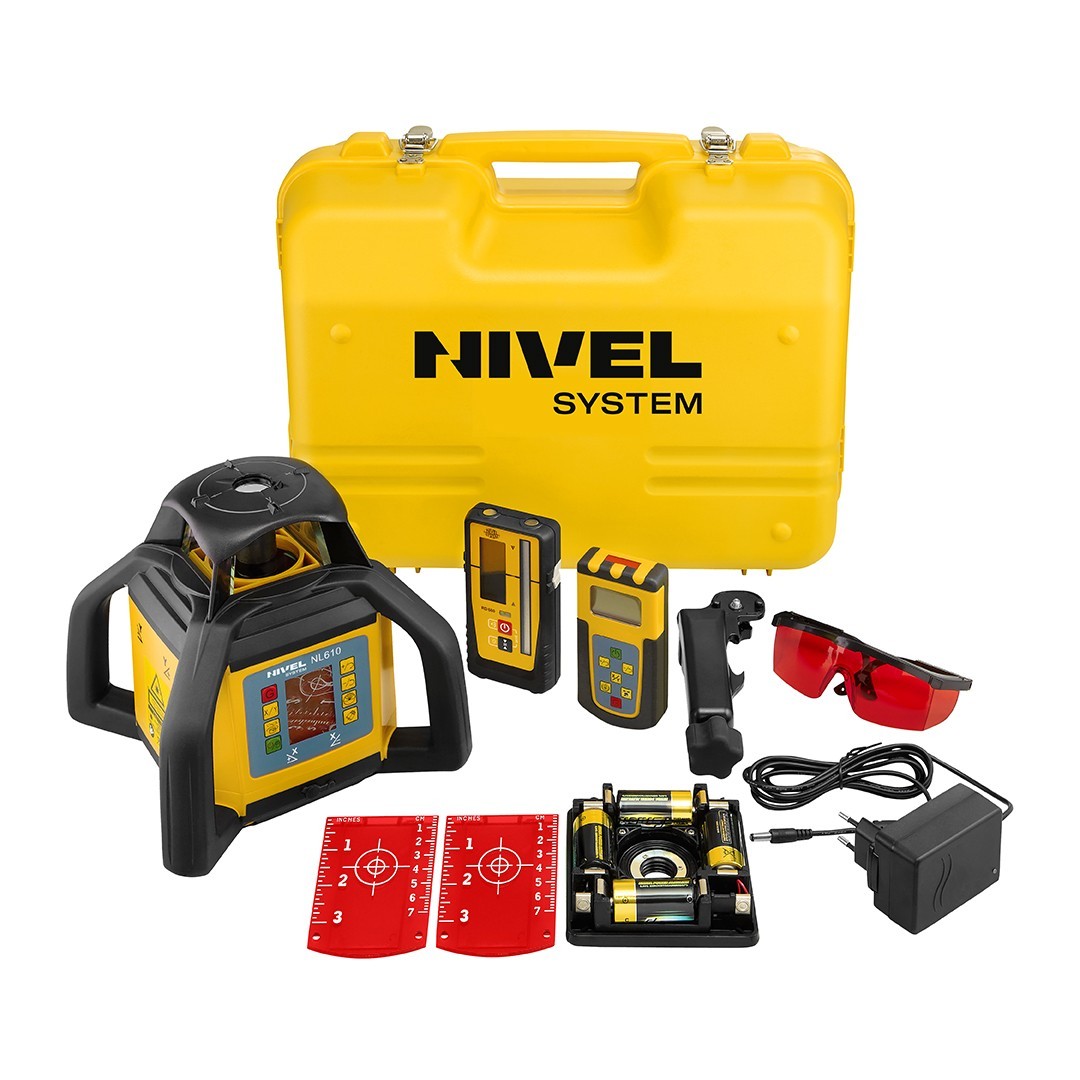 Rotating laser Nivel System NL610 DIGITAL is a versatile and multi-purpose tool for carrying out the work inside the rooms (with a visible, red laser beam) and in open spaces with digital sensor (with numeric elevation). The instrument determines the horizontal, inclined, vertical (after rotating it 90 degrees) plane, thanks to plummet NL610 DIGITAL defines vertical or 90 degrees angles. NL610 DIGITAL is intended for general construction. Its strong side is durability, resistance to weather conditions and efficient batteries, providing several hours of continuous operation in the field. The equipment is user-friendly with an intuitive interface with LCD and the possibility of remote operation via remote control (with LCD).

NL610 level has an auto-levelling feature, after turning on the equipment will level up by itself and immediately be ready for operation. The generated red laser beam is extremely visible, displayed on the wall forms a reference for the work of horizontal or vertical work. With the digital sensor (with numeric elevation ) and the laser staff we obtain an accurate levelling set, measurements are made one-man. The scanning feature allows you to narrow the displayed beam in the specified range, by this feature we get a reference laser line only where we carry out the work.

The equipment allows you to work with a horizontal and vertical beam. The plane can be tilted in one or two directions (digital slopes), so that the laser can be used for such work as pouring the floor or levelling and preparing the surface of the pavers, playground, or the road – providing drainage in accordance with the designed declines. A laser plummet becomes useful in constructing works , it is in the axis of rotation plane of generated laser beam. This functionality provides accurate laser fitting perpendicular works, or in transferring points (laser plummet displayed to the bottom and up at the same time). For work on the outside and at the higher ranges, the laser sensor provides the ability to receive a signal in the range of 700 m (the diameter). Different rotation speed of laser head provides the installation work on the inside of the building and the machine control that require higher speeds (600 rpm / min).

Leveller is built on the basis of electronic compensator, eliminates vibration and ensures precise levelling plane laser. Electronic compensator, compared with magnetic is much more accurate, particularly in the case where the terrain construction measurements may vibrate due to the work of heavy equipment. Therefore, NL610 provides accurate and reliable measurements. The equipment is resistant to dust and water IP56 certified class. In addition, rotary head is covered with a glass body and the casing of the laser has a rubber cover to protect against damage due to impact.

NL610 has an intuitive control panel. Management of functions, including the inscribing of slopes is done digitally. Laser functions can be controlled either from the deck of the instrument as well as via remote control (with LCD). The laser can be powered by batteries, rechargeable batteries or directly from the network. The entire set are complement by compact housing, making the laser handy, easy to install on site and in transport. 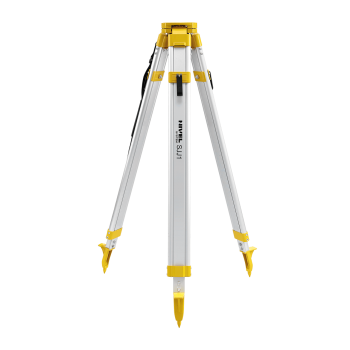 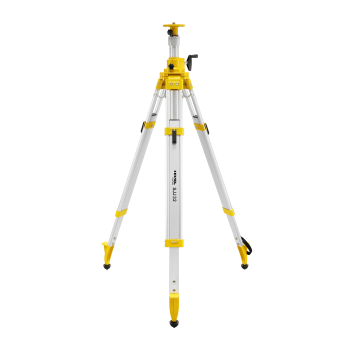 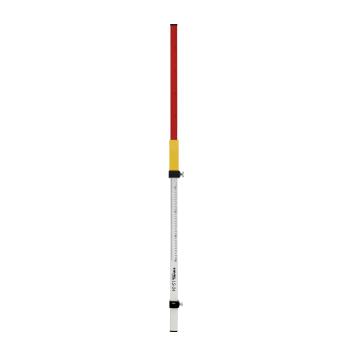 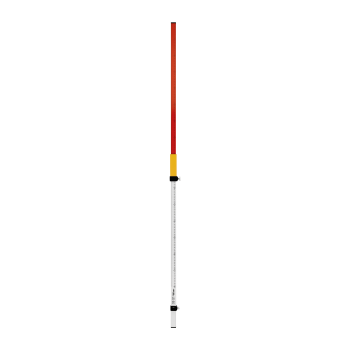 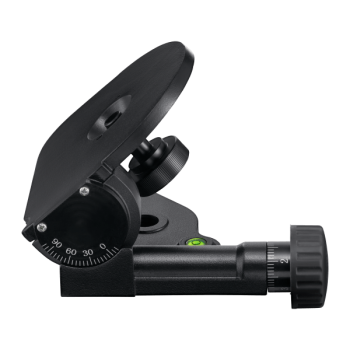 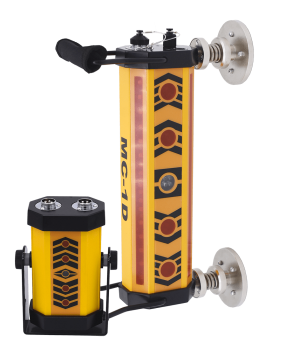